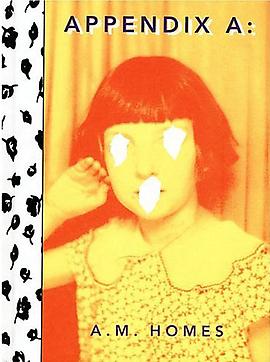 Appendix A: is an elaboration on A.M. Homes' novel, The End Of Alice: part romance, part horror story, darkly comic and sinister, "Alice" masterfully captures the extremes of sexual obsession and desire, luring the reader into the lives of characters simultaneously repellent and seductive. Over the five years it took to complete the novel, Homes assembled a collection of epistemological evidence, clues to the narrator's mind, his "confession," and photo scrapbook, his paintings, trinkets he pocketed: a ring, a watch, three teeth, the knife--all remnants of his lingering and deadly infatuation with a little girl called Alice.

Appendix A is an exercise of imagination, occupying an unexpected space between truth and fiction, art and evidence.